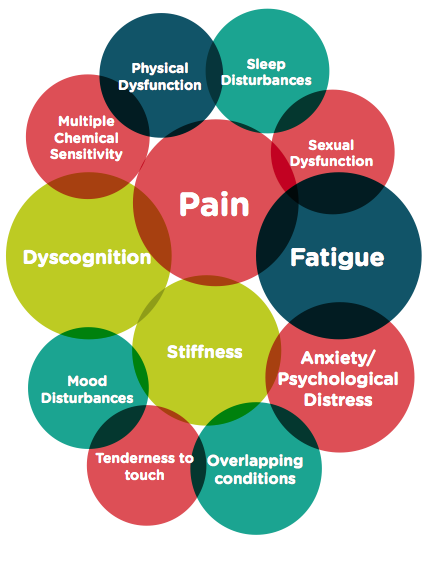 A few weeks ago, we read another interesting article about fibromyalgia and I would like to discuss a bit further about this terrible illness and how Regenerative Medicine and Stem Cell treatments can greatly help patients that suffer from this particular medical condition.

Consistent with what was mentioned in this article, fibromyalgia involves a group of symptoms in which generalized pain is predominant and the patients tend to experience pain in multiple areas of their bodies simultaneously, often also accompanied by constant fatigue and even symptoms of depression.

Ever since I started working as a certified Pain Management doctor almost 15 years ago, it always grabbed my attention how these fibromyalgia patients were often discriminated against and even repeatedly described as: “crazy”, “liars” and “manipulators” by their family members, friends and even by the medical community in general. In part, often because of how “rare” their symptoms seemed to be and also possibly because of the inability to diagnose a true medical condition, based on traditional medical testing, analysis or even X-rays in many of these particular patients.

In addition, there seemed to be little or no positive response to the current (traditional) medical treatment methods used to treat this illness, which often included: prescription medications, physical therapy and injections etc. An unfortunate fact, that continues to afflict many of these fibromyalgia patients to this day.

However, there seems to be a “ray of hope” for these patients with the use of Regenerative Medicine and Stem Cell treatments. Using the train of thought that cells are often capable of effectively modulate (or modify) some of the brain’s neurotransmitters like: serotonin and dopamine.

We based our findings on a select group of patients that suffered from fibromyalgia and were treated with their own Autologous Adult Stem Cells, since every other traditional medical treatments had failed them and (before their Stem Cell implants) their lives were basically completely miserable and most suffered from horrendous pain, depression and fatigue.

This was the case of Consuelo G, diagnosed with fibromyalgia for the last 15 years and after receiving a Stem Cell transplant (5 years ago) in her affected areas, her condition improved tremendously and reduced her overall level of pain and fatigue to an unbelievable extent. Currently, she gets a PRP (Platelet Rich Plasma) injection every 6 months to maintain her debilitating illness under control. Based on this amazing alternative treatment, Consuelo was able to even stop taking medications for her pain.

We also found a very similar case with Manuel F, a patient being diagnosed with fibromyalgia and having arrived at our institute completely devastated & hopeless. Shortly after Manuel received his Stem Cell implant, his pain level was reduced so remarkably, that he was even able to travel all over Spain (covering almost 1000 miles on the trip!) completely pain free. While Consuelo’s pain was greatly reduced, Manuel’s fibromyalgia symptoms disappeared completely and they both were able to stop taking medications for their fibromyalgia symptoms.

Although it is still somewhat difficult to find the actual level of cellular change produced by Stem Cells in treating fibromyalgia, the reality is that Stem Cells can make most pain, fatigue and depression symptoms basically disappear and all without the many unwanted side effects that taking multiple medications can cause.

So if you, a friend or relative are experiencing any chronic pain or suffer from fibromyalgia and would like to find out how Stem Cells can be a beneficial option for you, please contact us at (305) 598-7777 for a consultation with the Miami Stem Cell team of experts, or visit our website www.stemcellmia.com You can also follow us on our social media venues: Facebook, Instagram, Twitter or watch our amazing testimonial videos on our YouTube Channel.