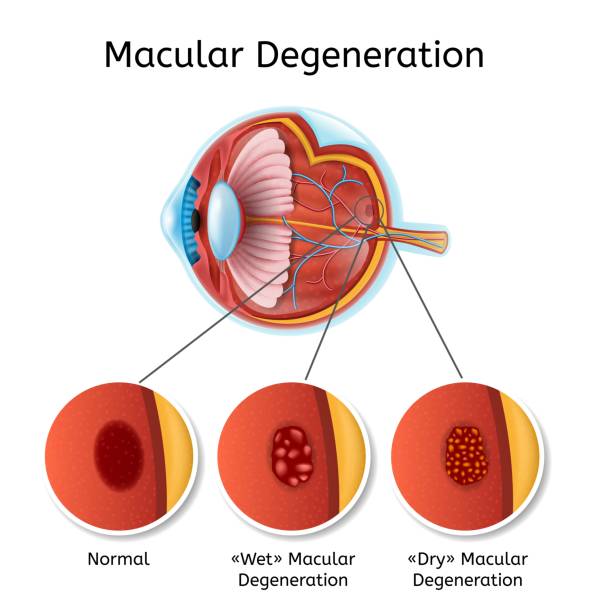 AMD typically occurs in individuals over age 65 and targets the retinal pigment epithelium (RPE) of the eye, which forms a monolayer of cells in the back of the eye and provides a secure base for light-sensing photoreceptors to grow on. There are two types of AMD—dry and wet—and Bharti’s new treatment applies to the dry form, which is more common.

In dry AMD, the cells that make up the RPE die off. Without the RPE to support them, photoreceptors also begin to die off, causing vision impairment.

“Symptoms of AMD start off as spotty vision in the center of your vision,” Bharti said, and progresses to the point where patients “lose a big chunk of their central vision and go blind in the center part of their vision.” It is estimated that 1 in 4 individuals over age 80 have some degree of AMD.

Before Bharti’s new stem cell-based therapy of transplanting a patch of RPE cells, AMD patients were treated by injecting new RPE cells in fluid suspension into the retina. This method was not ideal, because the evidence that cells assembled into a functional monolayer is limiting.

Bharti’s research has revealed a method to replace the RPE and its surrounding tissue: using induced pluripotent stem cells (iPS) that are made from the patient’s own blood cells. Naturally occurring pluripotent stem cells are found in embryos and differentiate into the numerous different types of cells in the human body as the embryo develops.

When it comes time for the new cells to be surgically transplanted into the patient’s eye, what remains of the biodegradable scaffold is implanted along with the cells, to provide structure as the cells integrate with the rest of the retina and grow on their own. Bharti has observed this newly grown layer “halt and reverse progression of disease.”

In the future, he hopes to develop a technique to replace the entire retina, which will help patients with severe dry AMD that have little to no remaining RPE and photoreceptors.

Towards this aim, Bharti’s team also signals some cells to differentiate into photoreceptor and choroidal cells (a structure just behind the RPE) to make a fully functional 3-D-patch. The process is a slow one; component cells are 3-D printed as “bio-ink” onto a biodegradable scaffold, and these cells grow together to form a functional RPE with surrounding tissue as the scaffold breaks down.

View the entire lecture at https://www.youtube.com/watch?v=Vmad6JqmC-Q(link is external).