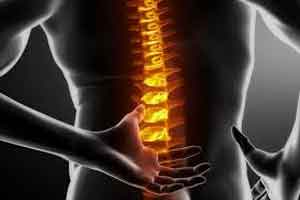 Autologous platelet-rich plasma (PRP) injections have been investigated in recent years as an emerging therapy for various musculoskeletal conditions, including lumbar degenerative disc disease. Although PRP has received increasing attention from medical science experts, comprehensive clinical reports of its efficacy are limited to those treating knee osteoarthritis and epicondylitis. Use of PRP is gaining popularity in the area of degenerative disc disease, but there is a clear need for reliable clinical evidence of its applications and effectiveness. In this article, we review the current literature on PRP therapy and its potential use in the treatment of chronic discogenic low back pain, with a focus on evidence from clinical trials.

Low back pain is one of the major causes of physical disability affecting both older and younger people and can have enormous socioeconomic and health impacts. One of the major causes of low back pain is age-associated intervertebral disc degeneration (1,2), which affects the nervous system around the disc. Stimulation of the nociceptors in the annulus fibrosus causes pain, which is termed “discogenic” pain (3). Interestingly, degeneration, endplate injury and inflammation can stimulate pain receptors inside the disc, leaving the external disc intact (4). Intervertebral disc degeneration can be described as an active process involving changes in tissue and the cellular microenvironment that eventually lead to structural breakdown and impairment of intervertebral disc function (5).

Reported pathologic features of painful discs include the formation of zones of vascularized granulation tissue with extensive innervation in annular fissures (6). Due to the avascular nature of intervertebral discs and, hence, their limited ability to regenerate, research on the regeneration of intervertebral discs and the various associated treatment methods has increased. Raj et al. [2008] (7) reported that various biochemical changes occur during disc degeneration, including loss of proteoglycan, loss of collagen fibers, increased fibronectin, increased enzymatic activity, increased fragmentation of collagen, proteoglycan and fibronectin, and changes in nutritional pathways. Histologic examination of painful discs has revealed the formation of a zone of vascularized granulation tissue extending from the nucleus pulposus to the outer part of the annulus fibrosus along the edges of the annular fissures, and growth of nerves deep into the annulus fibrosus and nucleus pulposus (8).

Disc degeneration is accompanied by changes in the matrixes of both the nucleus pulposus and the inner annulus fibrosus that are mediated by an inflammatory process (9). Nociceptive stimuli include pro-inflammatory cytokines produced by disc cells [such as interleukin (IL)-1, IL-4, IL-6, IL-8, IL-12, IL-17], interferon-γ, tumor necrosis factor (TNF)-α, downstream signaling molecules such as nitric oxide (NO), leukotrienes, prostaglandin E and by-products of disc cell metabolism such as lactic acid (9). Disc degeneration can also be caused by aging, apoptosis, vascular ingrowth, failure of nutrient supply to disc cells, abnormal mechanical loads or genetic factors (7,10). Rather than simply providing symptomatic relief, it is important to understand the pathophysiology of degenerated discs to determine the most effective treatment of the underlying cause.

Current treatments for discogenic back pain

As extensively reviewed by Raj et al. (7) and Simon et al. (11), a number of methods are used for the management of discogenic low back pain (Table 1). Since it is widely believed that degenerated discs are the source of discogenic pain, treatments mostly focus on surgical procedures such as fusion and total disc replacement. The reliability and effectiveness of these surgical procedures are still debated, as they are reported to only offer pain relief (9). Alternatively, non-invasive methods such as benign neglect, physical therapy or symptom control with medication or injection have been employed to treat discogenic pain. Notably, these treatments do not improve the underlying degenerative condition, although they do resolve its symptoms (12). This clearly indicates the need for new therapies and/or interventions that actually treat the underlying causes of discogenic pain. Accordingly, increased attention has been given to emerging techniques such as growth factor therapy, and biomolecular and cellular treatments.